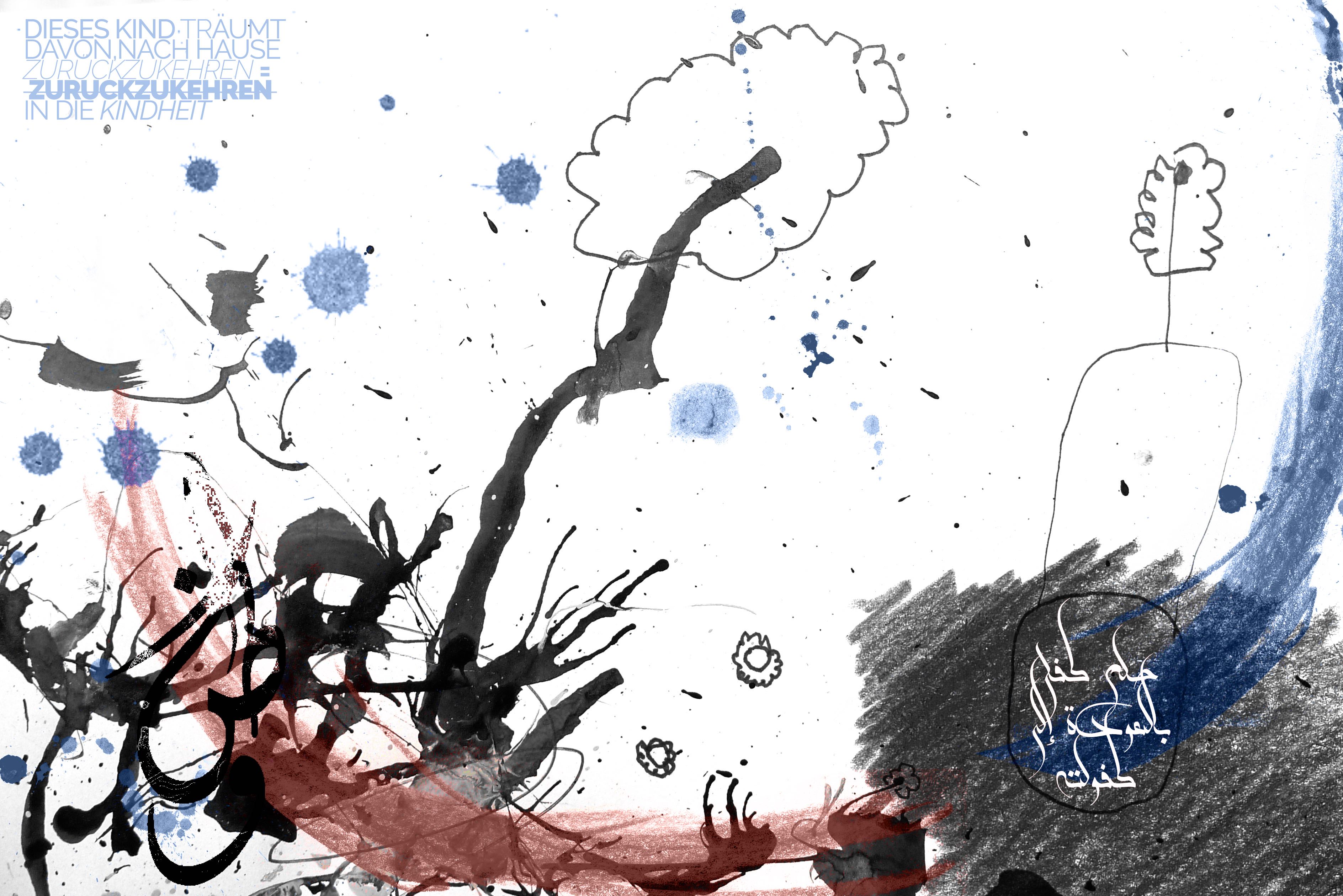 House Without Walls was collaborative project based in Berlin 2016-17, during which time Davenport worked with the refugee community in a hostel at the edge of the city. I liaised with the Berlin-based arts organisation Kunstasyl and I observed some of their work in order to learn new approaches to participatory arts.

The result was an exhibition of poster poems combining artworks by the refugee children and responses from adults. The exhibition opened on 13 October, at Paul Schneider Hause in Spandau, Berlin. The exhibition was popular and was extended until the end of December, when it was awarded a commendation by the mayor of Spandau on behalf of the city of Berlin. 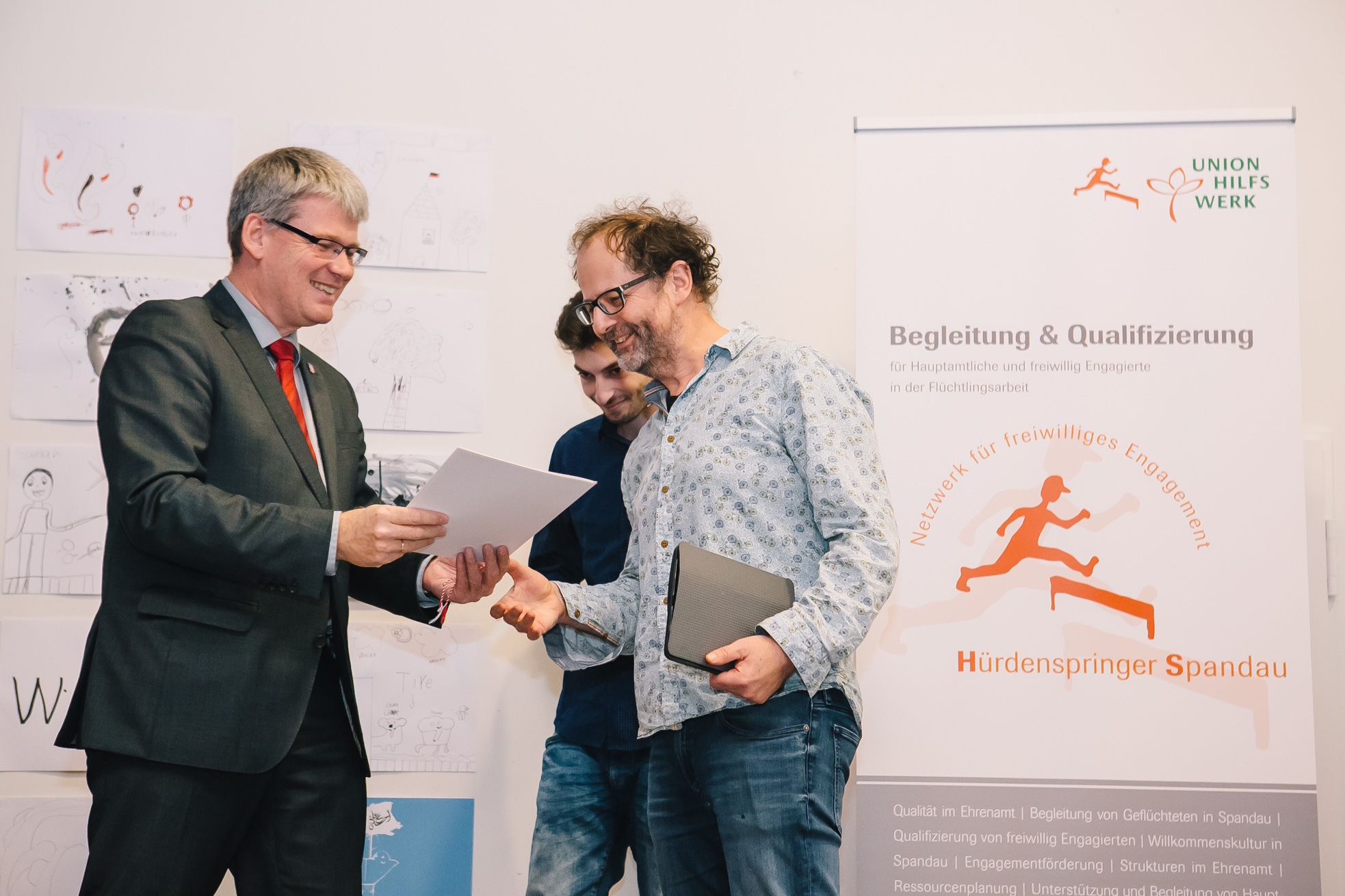 The posters mixt the naive and the brutal. They show a child’s everyday, but with the sharpness of war punching through. For example, a policeman with a truncheon hides in one corner of ‘A normal day’. A mother walks through a field equally divided between trees and explosions, in ‘This child dreams’ (image above).

The artworks were made by children and then shown to adults in their community, who commented. These comments became the text of the posters, short, poignant poetic statements. The final poster poems, made in collaboration with Syrian refugee Deya Nemo, are a gentle, sideways look at the human cost of war, the subtle losses, including childhood itself.

Davenport ran weekly sessions, over a period of 6 months, making art with the children and interviewing adults. The pieces were an act of creation and of release.

The interviews and a diary of the project are online at  the blog of the arthur+martha arts organisation, which I co-direct – arthur-and-martha.blogspot.de

Project funded by The British Council and Arts Council England. Kind support from Kunstasyl, Paul Schneider Haus, GIERSO Staarkener Strasse Spandau. Many, many thanks to all involved. 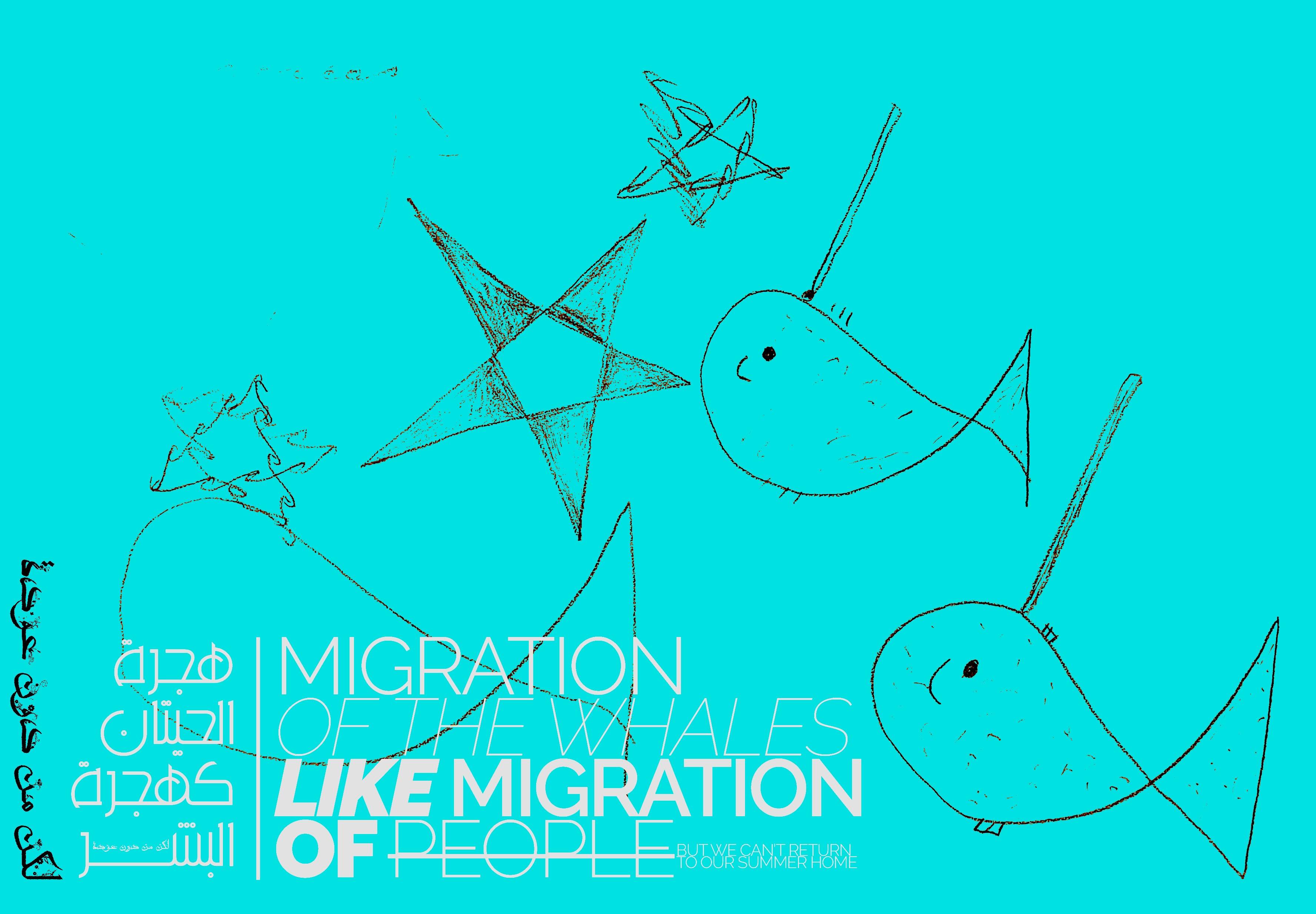