A pioneering anthology of international text artists and poets which crosses boundaries between language and art, a meditation on mortality, on bodies and disembodiment.

THE DARK WOULD was devised, edited and curated by Davenport, gathering work by over 100 contributors including some of the most noted artists and poets alive today: Richard Long, Jenny Holzer, Fiona Banner, Maggie O’ Sullivan, Tacita Dean, Tom Phillips, Tom Raworth, Nja Mahdaoui, Lawrence Weiner, Susan Hiller, Tsang Kin-Wah, Charles Bernstein and many, many more. The anthology is a book, and also manifested as a series of exhibitions and performances, including a major exhibition at Summerhall gallery in Edinburgh. 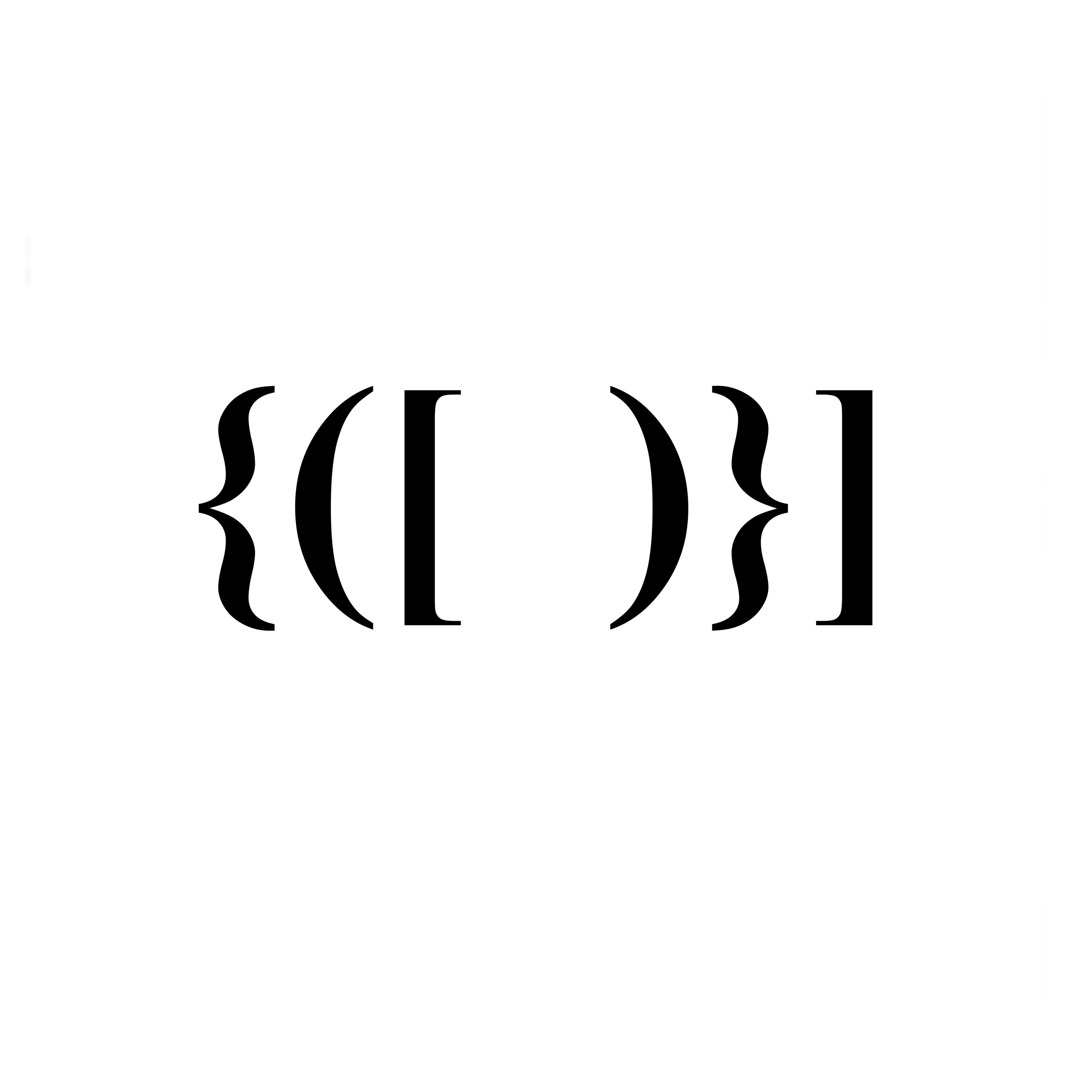 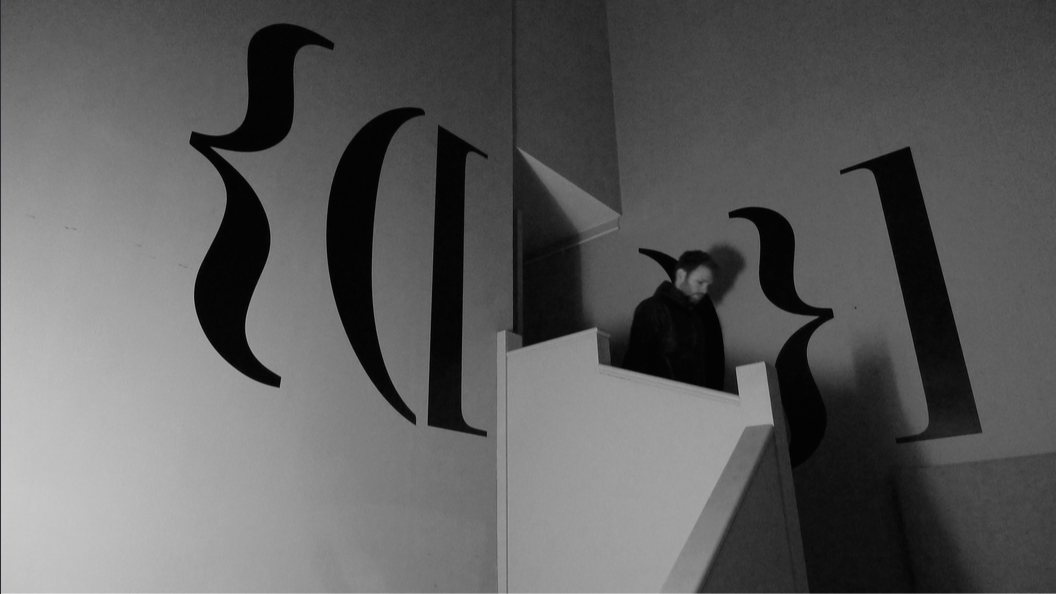 The anthology is split between two volumes – paper and virtual. Many of the works here are in two parts, speaking to one another across the paper/virtual divide, as a metaphor of dis/embodiment, considering time, mortality and human traces in the natural world. 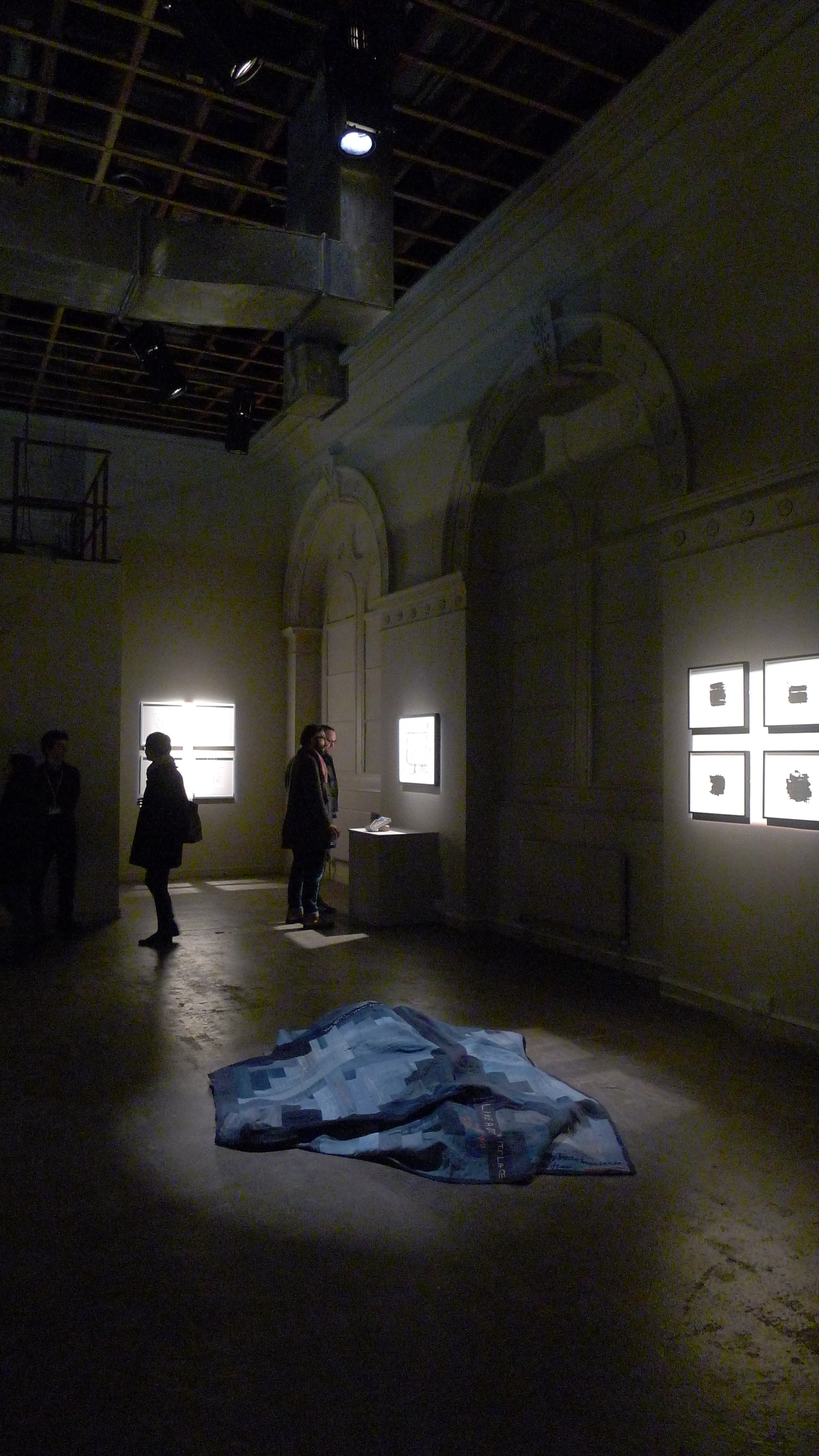 (FROM LEFT) SING/WILD/KIND/WOOD by Alec Finlay, 2012. After Henry James, by Tom Phillips, 2011. Philomena [Exploded House] by Caroline Bergvall, 2012. (ON FLOOR) a quilt for when you are homeless by arthur+martha, 2012. The Dark Would exhibition, curated by Philip Davenport at Summerhall Edinburgh, 2013-14. Photograph by Peter Dibdin. 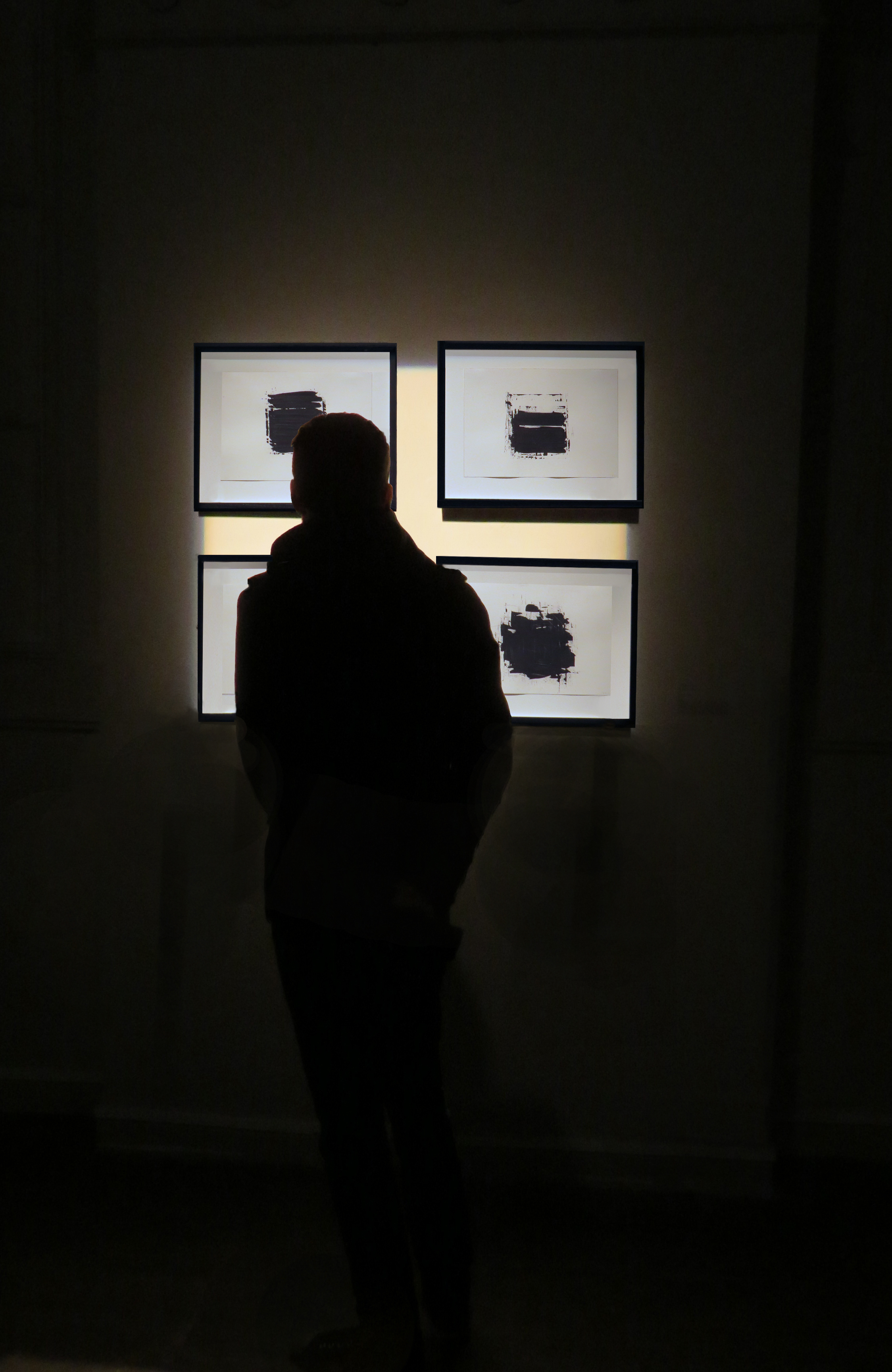 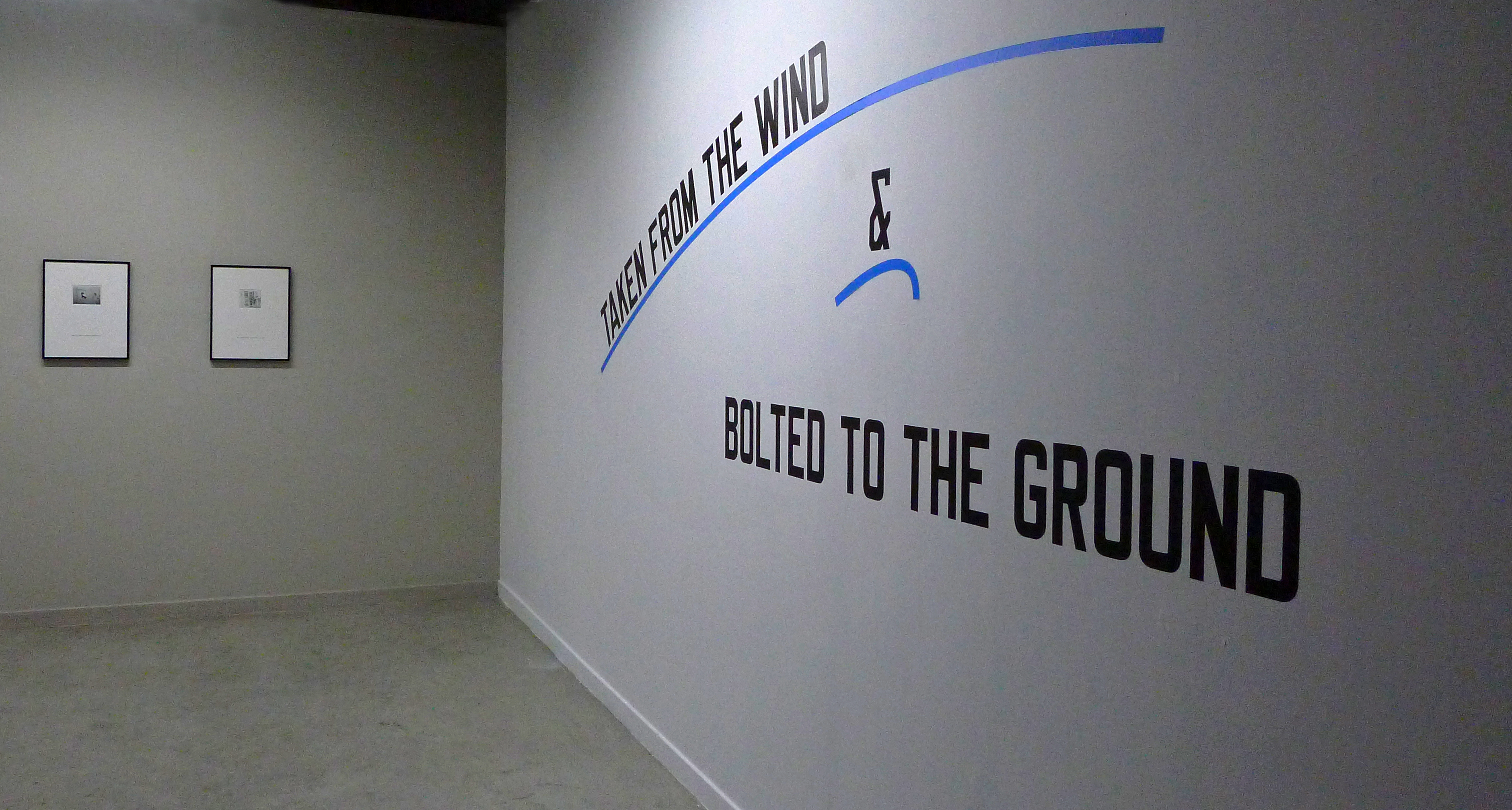 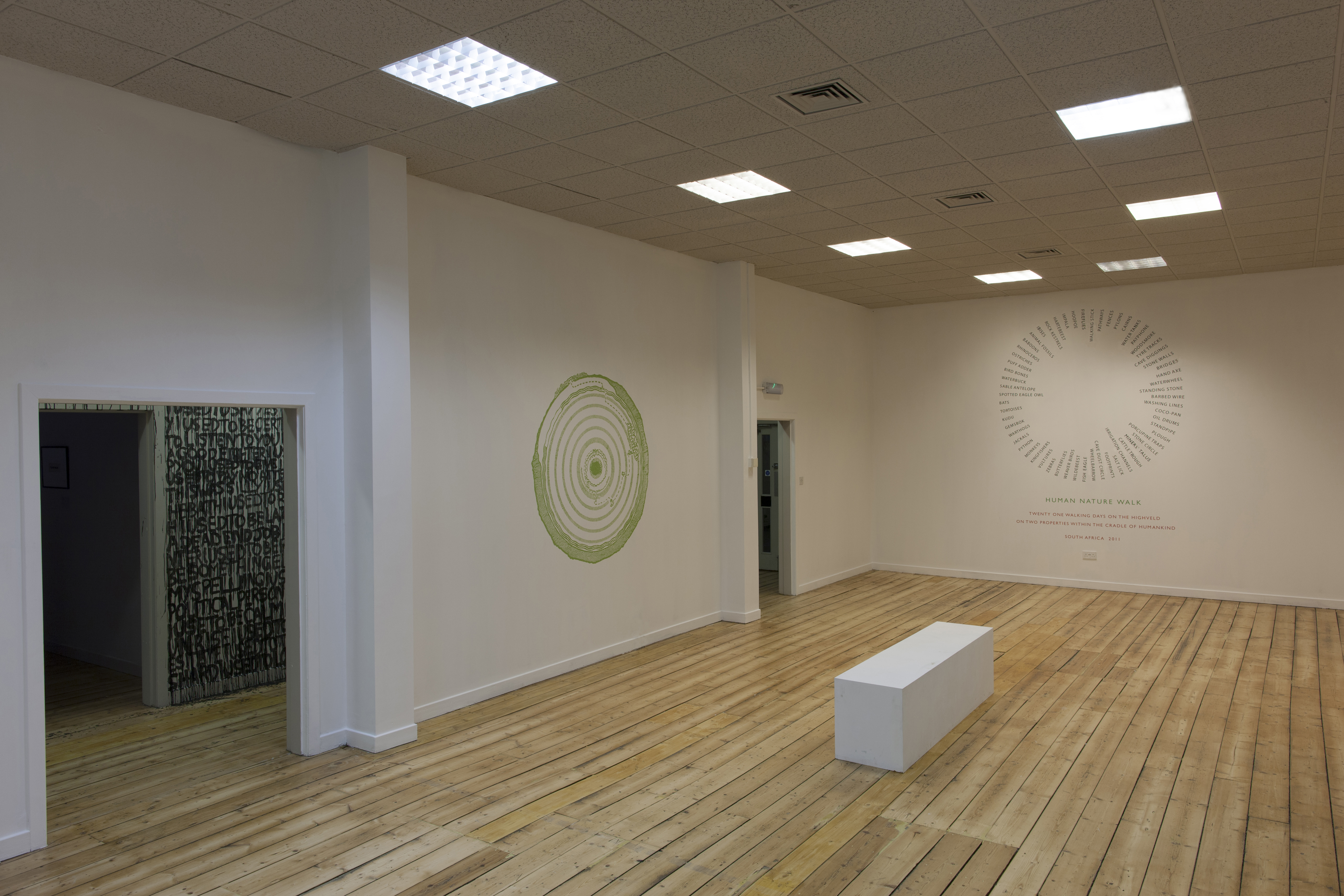 (FROM RIGHT) HUMAN NATURE WALK by Richard Long, 2011. Dante found, by Philip Davenport, 2012. (THROUGH DOORWAY) I USED TO by Sarah Sanders, 2012. The Dark Would exhibition, curated by Philip Davenport at Summerhall Edinburgh, 2013-14. Photograph by Peter Dibdin. 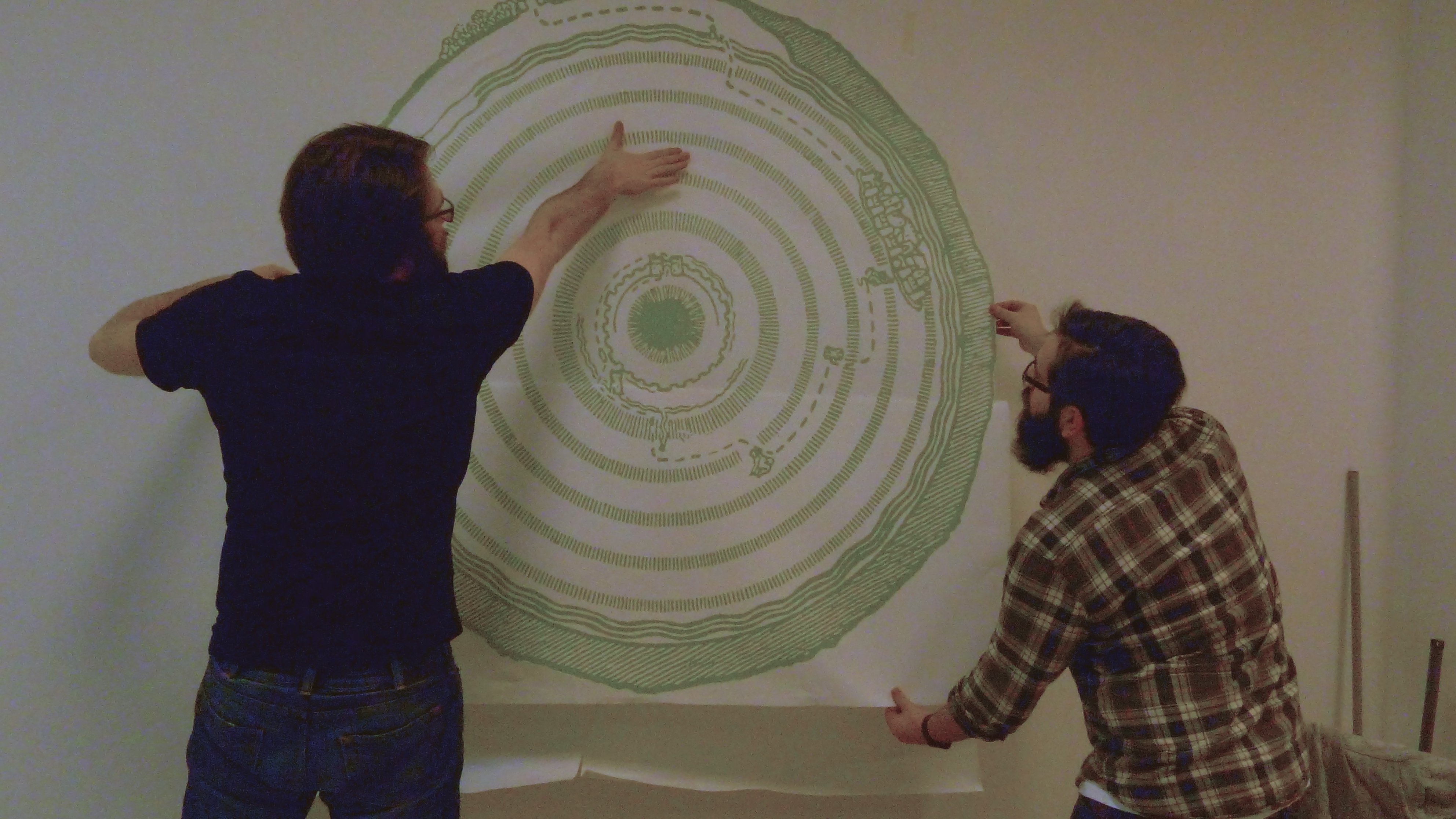 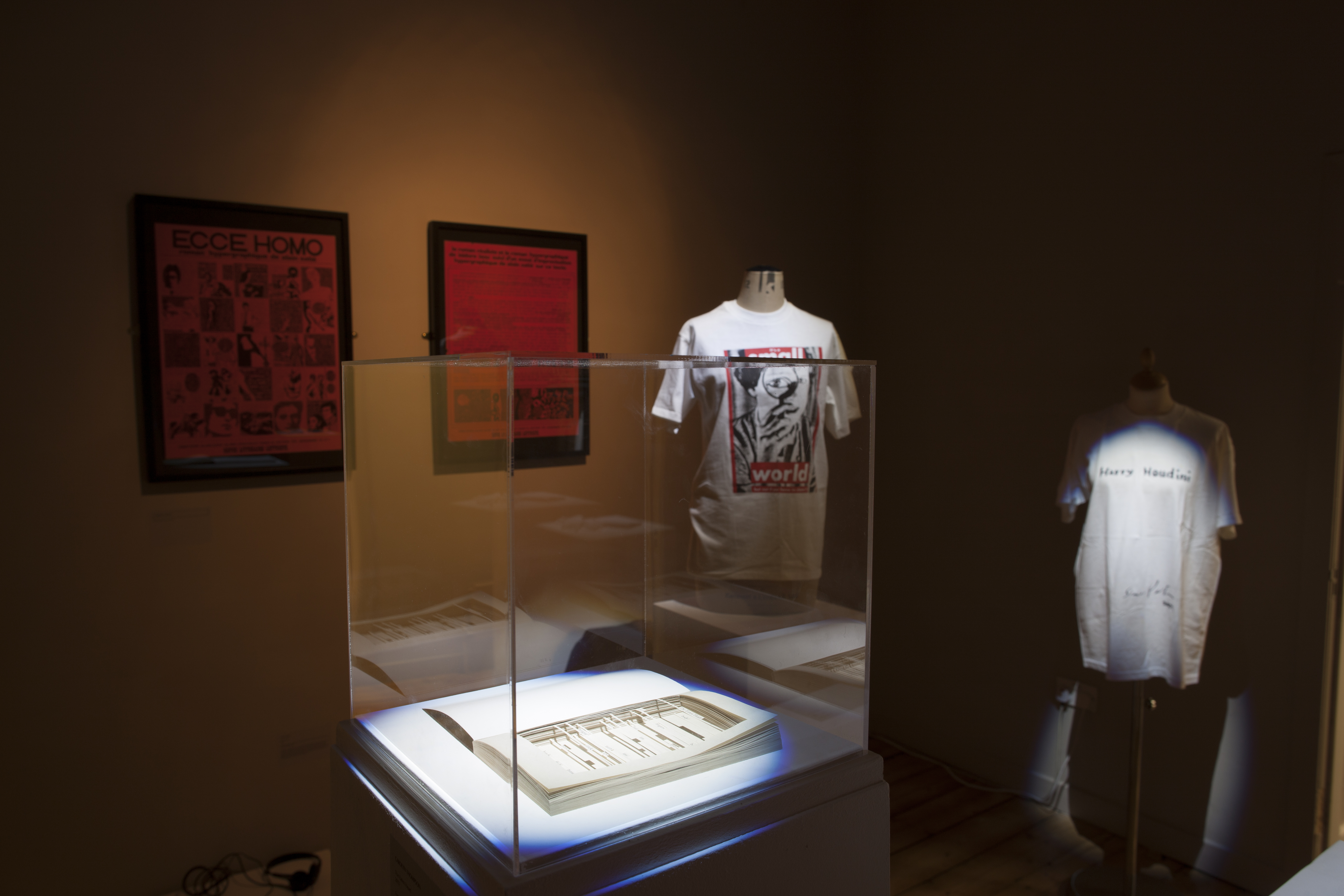 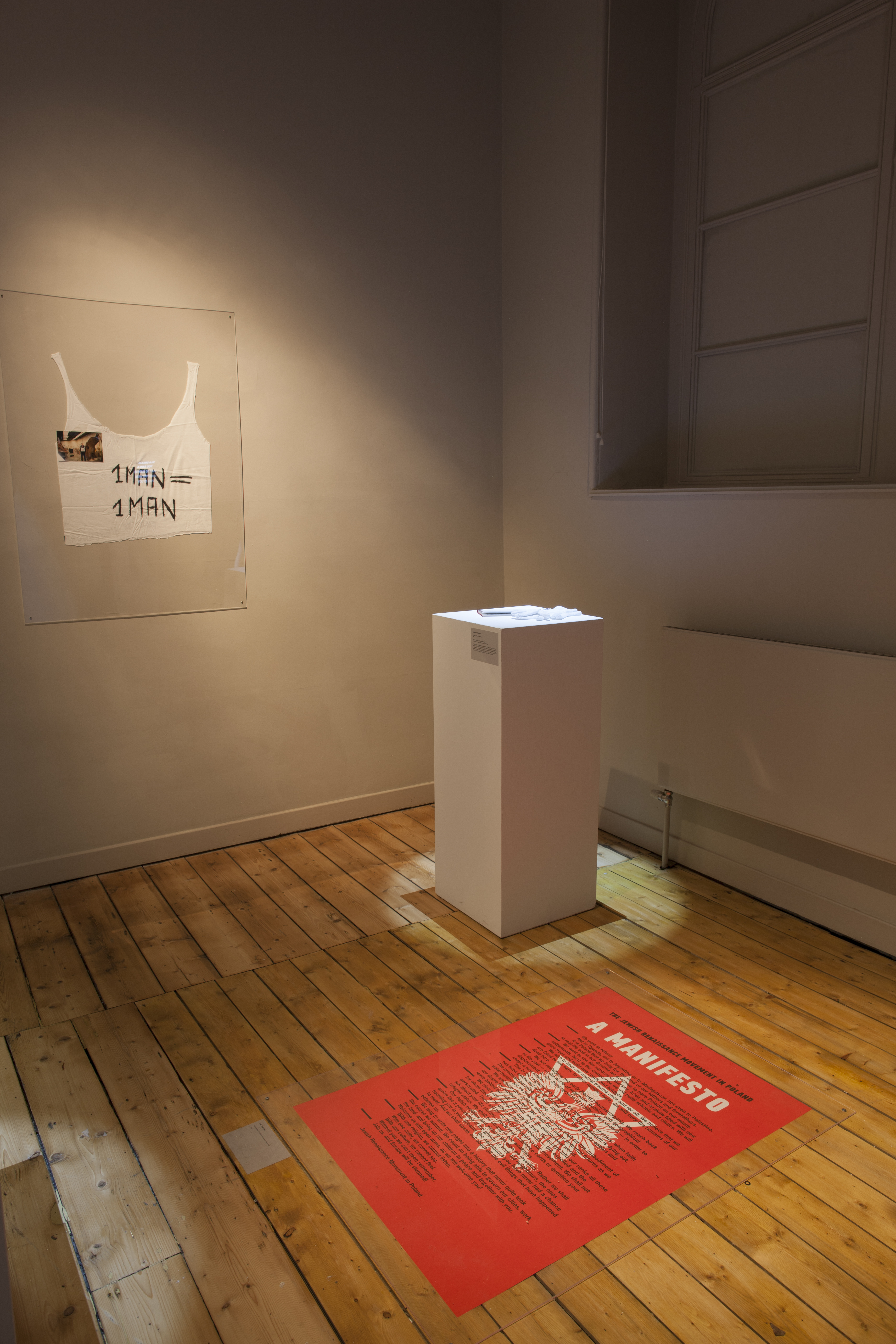 (FROM LEFT) Winston & Julia: A Love Story, by Carolyn Thompson, 2003. Yael Batana, A Manifesto. The Dark Would exhibition, curated by Philip Davenport at Summerhall Edinburgh, 2013-14. Photograph by Peter Dibdin. 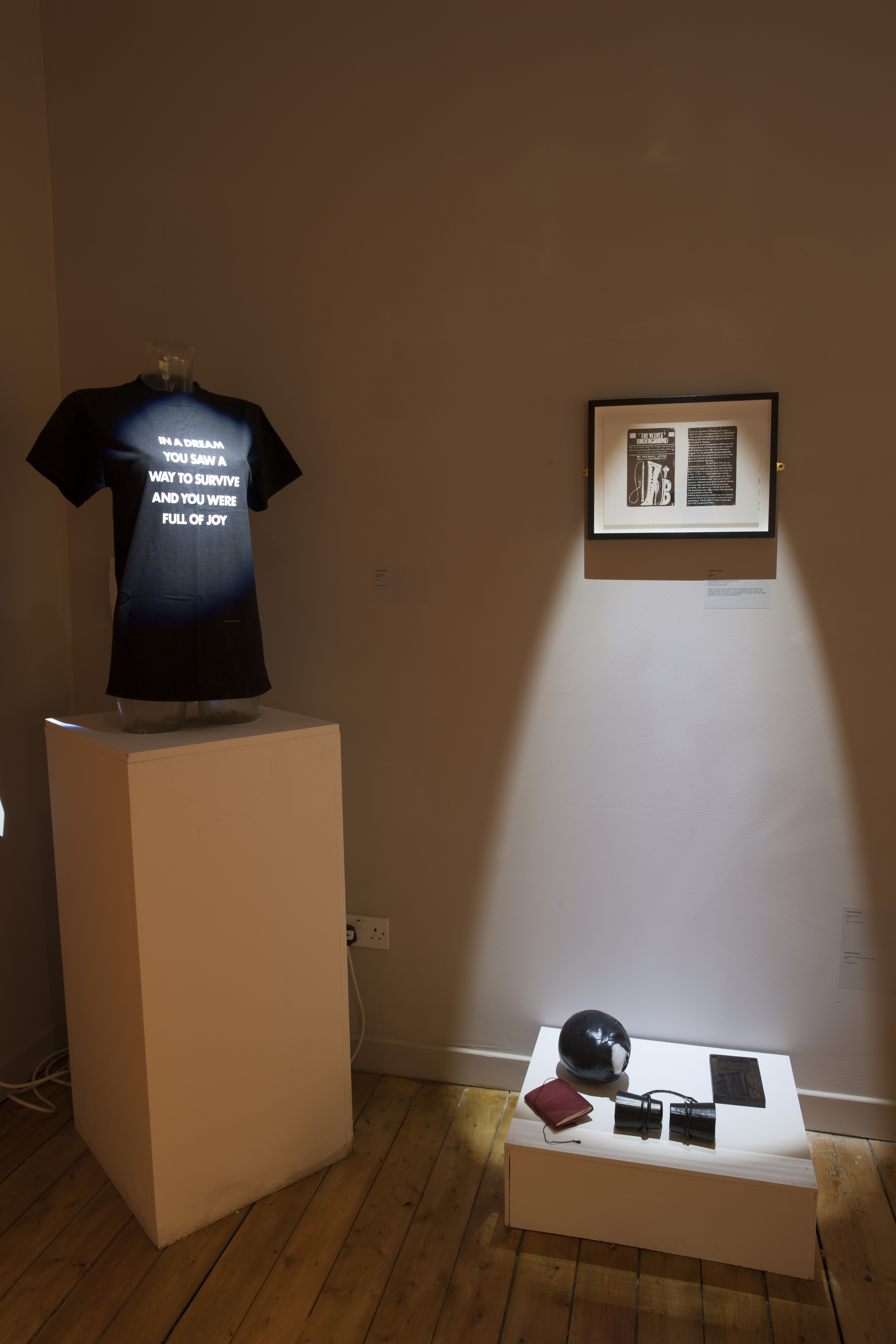 Davenport writes: “THE DARK WOULD asks what it is to live in a body now, knowing that one day we won’t be here. Perhaps this is best done by people for whom language is itself a state of between-ness. Here is a gathering of artists who use language and poets who are in some wider sense artists.” 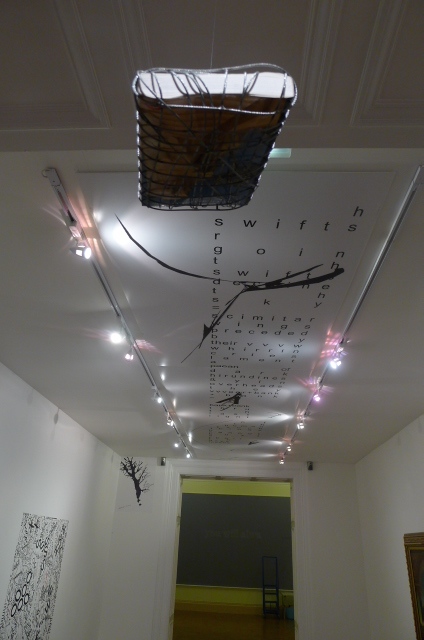 (SUSPENDED IN DOORWAY) Said the Spider to the Fly by Richard Wentworth, 2013. (CEILING) Swift Ceiling by Philip Davenport, 2014. (WALL, FROM LEFT) HELVETICA, by derek beaulieu, 2014. Family Tree in Winter, By Kath Simon, 2011. The Dark Would Volume 3 exhibition, curated by Philip Davenport at Bury Art Museum, 2014. Photograph by Philip Davenport. 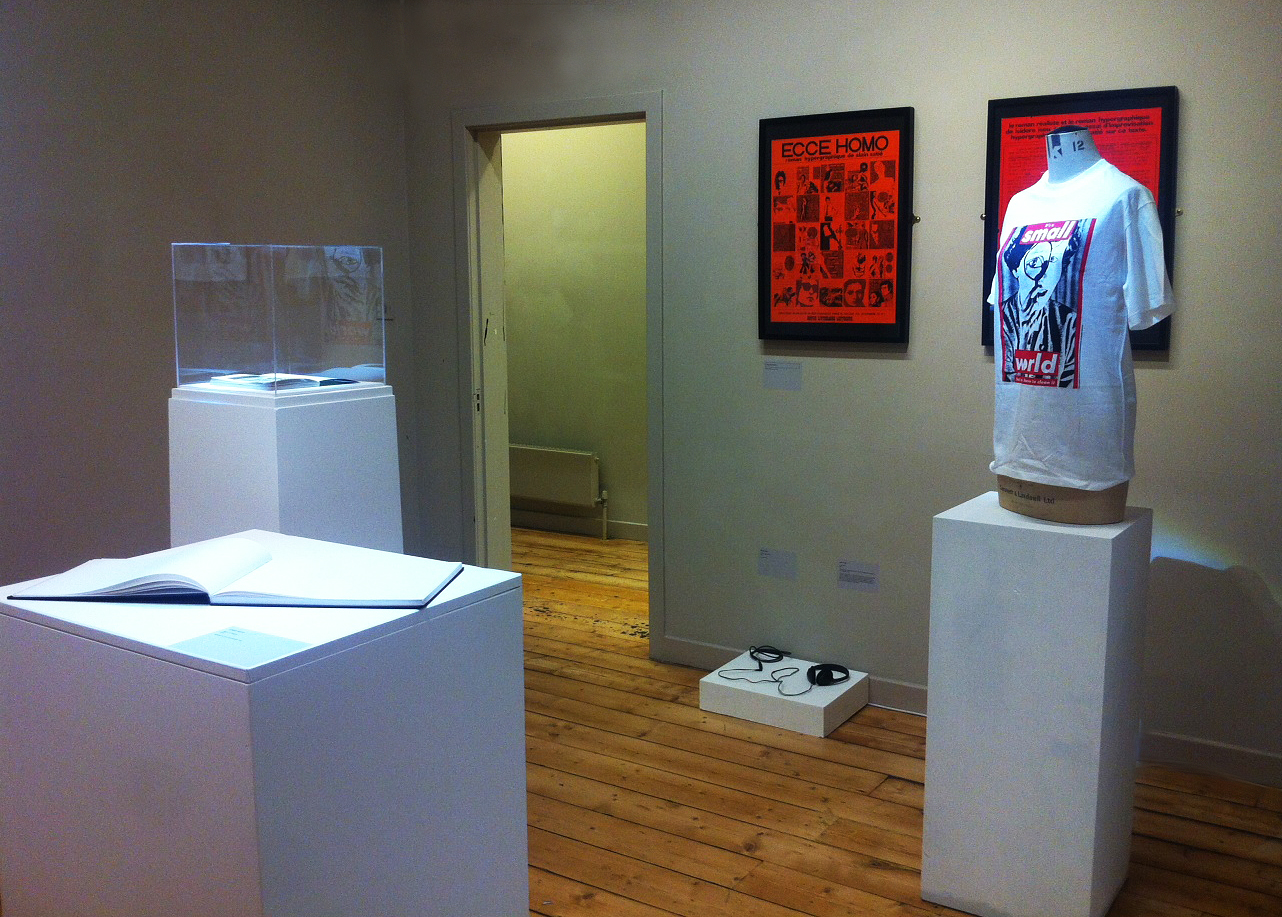 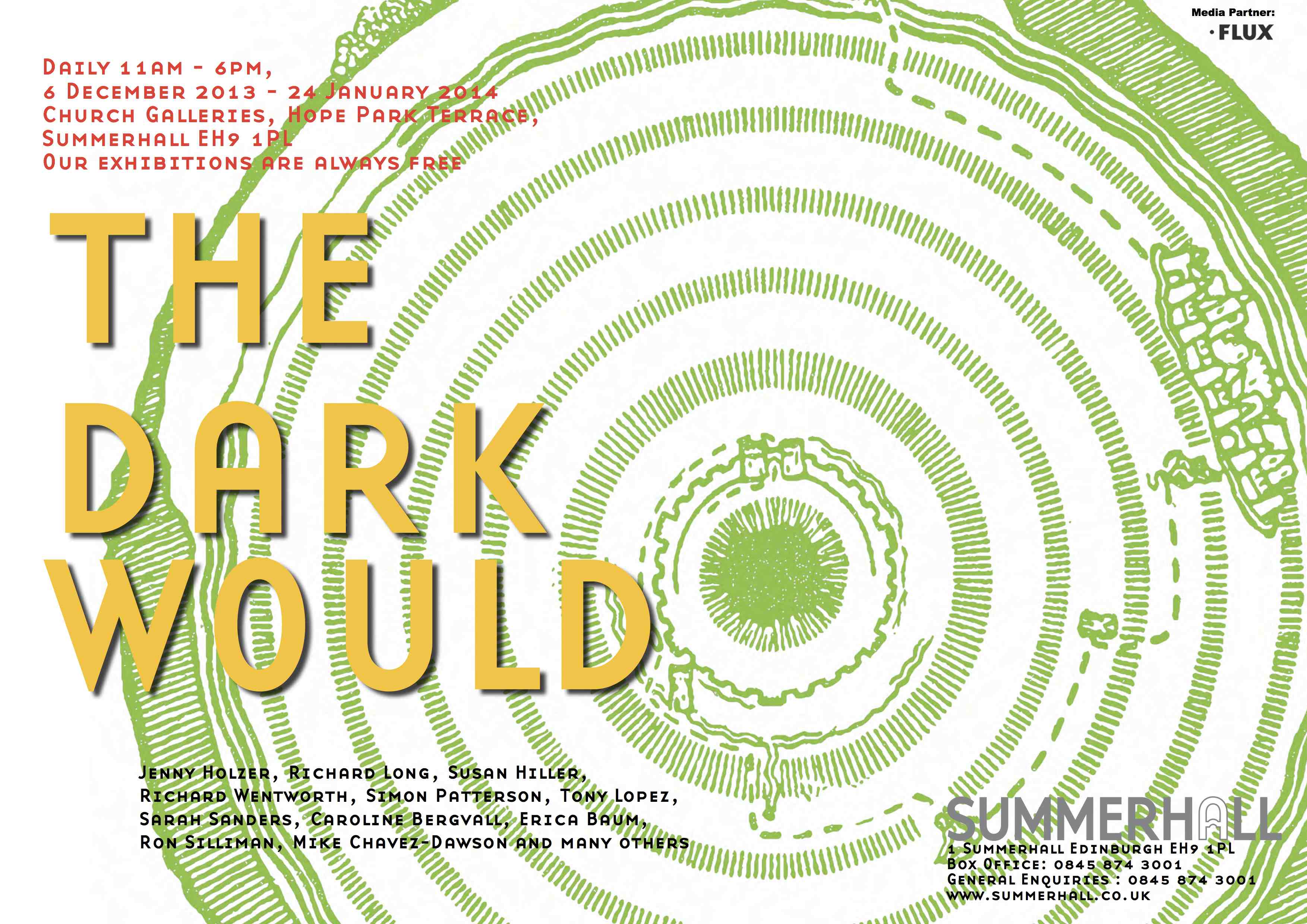